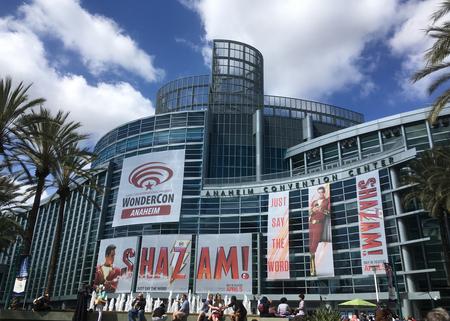 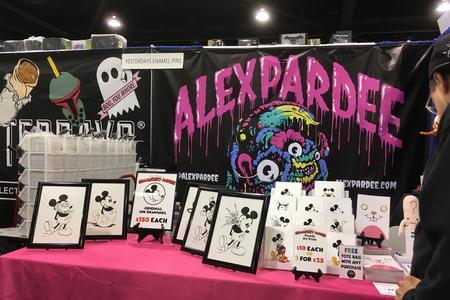 Wondercon 2019 was back at the Anaheim Convention Center in Anaheim, CA. This show is way smaller than SDCC. There's more space in every aisle and is not as congested as SDCC. This year the show seemed to get a bit bigger. There weren't too many big name companies that attended. Laika was there to promote their upcoming movie Missing Link. This show is more artist and independent company friendly which makes it more of an intimate setting so you actually have the time to talk to some of your favorite artists etc... There were still lines for exclusives but manageable.

Written by Tara and Photos by Tracy

As for outside events, due to limited space there wasn't too many. There was a giant Transformers figure that you could take a picture with and if you tagged them in your photo, they would give you a Transformers bag. There were lots of food trucks. There was a preview of Game of Thrones Makeup Line by Urban Decay in the same are as the Food Trucks.

Since many people are unable to attend SDCC, Wondercon is the alternative in attending a similar show even though it is smaller. This was also the first time CCI has incorporated a lotto for popular signings and exclusives through their portal which takes place before the show starts. Depending on which day or days you are attending, you are allotted a certain amount of credits that you can use to enter for a chance at signing or exclusive. This saves a lot of time so you don't spend half a day waiting in line.

It's a more relaxed showed compared to SDCC. SDCC has a lot of things going on at once. So hard to do half of the stuff that you want to do. Here at Wondercon, you can do pretty everything that you planned to do. Since the show is smaller, there wasn't very many elaborate booth setups during Wondercon.

Here's a few pictures that we took at Wondercon this year. Click the link HERE.

See you next year!